Anatomy of an Unproductive Business Meeting

Anatomy of an Unproductive Business Meeting 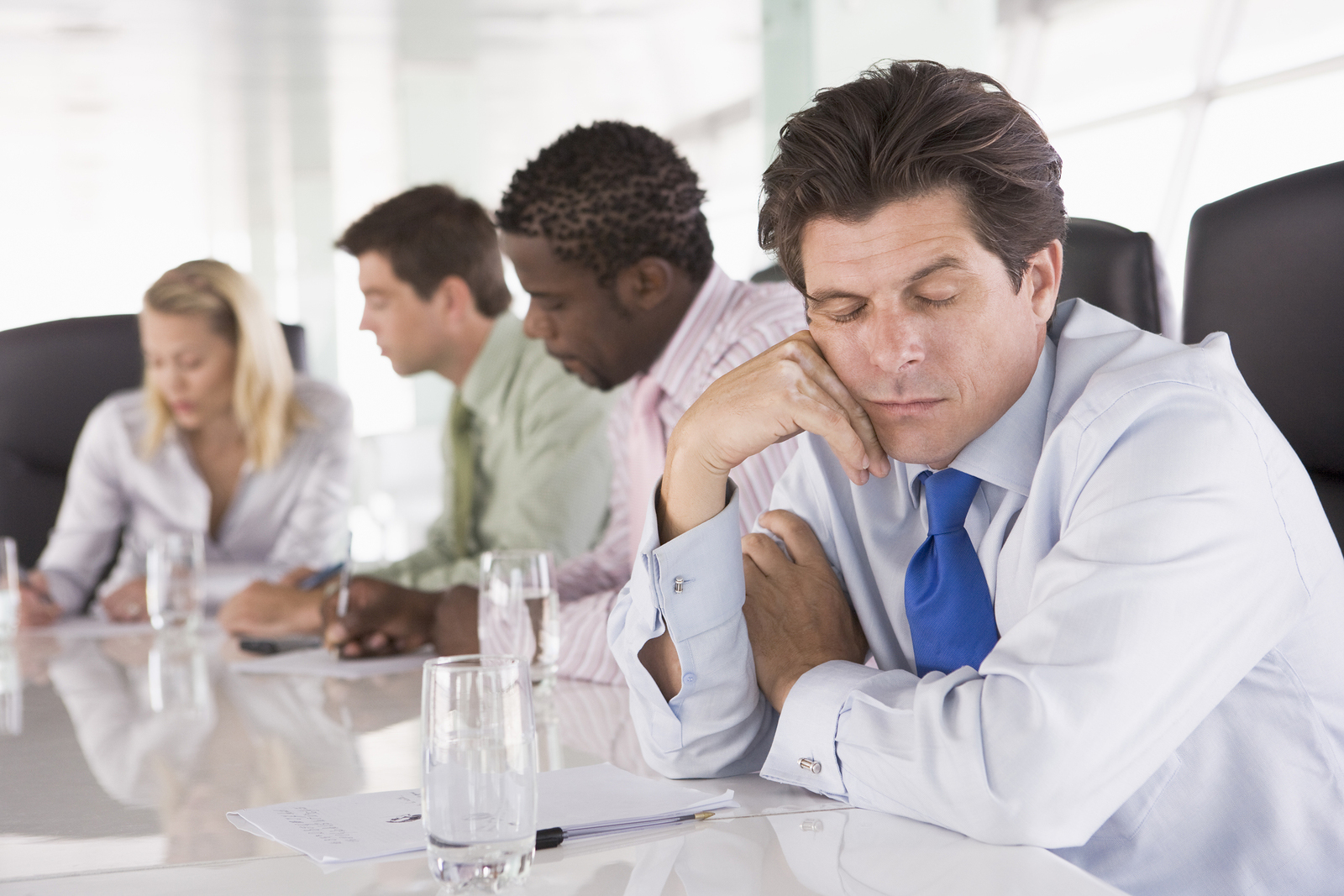 Everyone knows it, but no one likes to say it: some meetings kill productivity. According to surveys from IndustryWeek and the 3M Meeting Network, as much as 50% of the time spent in meetings is wasted. And Office Team, a division of Robert Half International, found that 45% of senior executives felt that their employees would be more productive if meetings were banned at least one day a week. Considering that around 25 million business meetings happen every day in the United States, and that members of upper management typically spend 50% of their workday in meetings, that’s a lot of lost time and a potential drain on productivity.

For many organizations, however, meetings have become a kind of necessary evil. Teams need a way to stay in touch, managers need a way to assess progress, and organizations need a way to enable collaboration and drive outcomes. Look around, and you’ll find countless lists offering tips on how to make meetings more productive, but very few ever address the idea that perhaps meetings are, themselves, the problem, and that there might be a better solution for sharing information, staying up-to-date, and empowering collaboration.

First, let’s take a look at the anatomy of an unproductive meeting: Unproductive meetings may not start on time, or may involve some participants arriving late. Late-arriving participants will need to be filled in on what they missed, which uses up valuable time rehashing things that have already been discussed, which can also lead to lack of engagement. In fact, in 2013, 92% of U.S. information workers surveyed by FuzeBox admitted that they had “multitasked” during meetings, with 41% saying that they were multitasking “often” or “all the time” during meetings, while 49% admitted to spending meeting time performing other, unrelated work.

Other times, unproductive meetings aren’t actually necessary, and are happening just to “check in,” or may involve people who don’t actually need to be in the meeting at all, leading to a lack of engagement and a loss of productivity. Unproductive meetings may be disorganized, with no clear expectations of what needs to be accomplished in the meeting, and no assigned action items by the time the meeting is adjourned. Because of this lack of focus, meetings may also run late, which not only takes up time, but demotivates workers, making it more difficult for team members to return to effective work once the meeting is over.

All these meetings cost more than productivity: they cost time and money. A recent Bain & Company survey showed that on average, 15% of an organization’s collective time is spent in meetings, a number that has gone up every year since 2008, costing organizations an estimated $37 billion a year. That’s a lot of time and money going to something that’s supposed to be an efficient solution for sharing information and increasing productivity, but that actually does just the opposite. Fortunately, there’s a better way…

One thing that meeting planners are frequently encouraged to do to make their meetings more productive is to leverage technology, but one of the best ways to leverage technology is to invest in online project management solutions that actually eliminate the need for most meetings. With project management software such as ConductorLIVE, team members can communicate, collaborate, share files, and keep in touch without the need for a lot of time-wasting meetings.

In an effort to increase productivity while still encouraging participation and teamwork, many companies are changing the way they manage projects and groups, approach communication, build knowledge, and drive outcomes in the modern age. With the help of online project management solutions such as ConductorLIVE, organizations are finding new and better ways to empower collaboration without sacrificing a lot of time, money, or productivity.

About the Author: Bill Fischbach